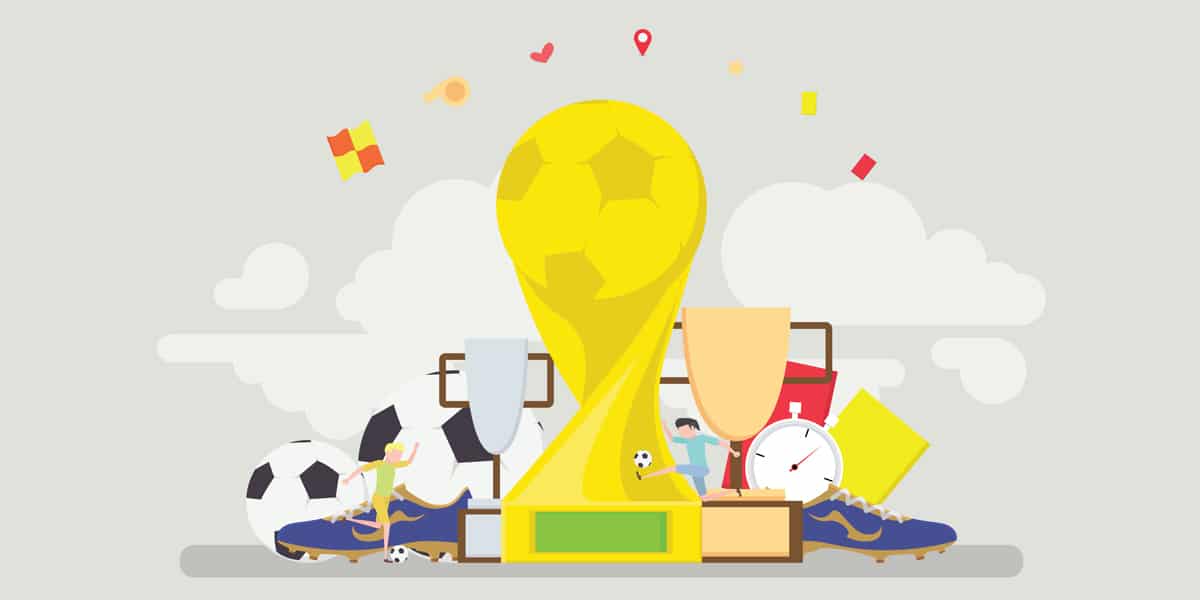 UEFA spends a lot of time and money thinking about its branding for each season, and this year is no exception.

To honour the 2022 UEFA Champions League Final at the Gazprom Arena in Saint Petersburg, designers have come up with an image that has been inspired by Russian landmarks and artists.

“Working on a piece for the UEFA Champions League final was a creative challenge, as it had to capture the revolutionary spirit of Saint Petersburg that is hidden behind the classical facades of the city and include modern landmarks of the city, together with its more recognisable buildings, built centuries ago,” Maksim Zhestkov, who created the Suprematism-inspired design, stated.

The branding reflects the 20th Century abstract art development known for its straight lines and geometry.

“This influential art movement is also tightly connected with the city that hosted the first-ever Suprematist exhibition in 1915,” he commented.

The Lakhta Center, which overlooks the Gazprom Arena, is also included in the design.

The branding will be displayed around the Russian city until the final takes place on May 28th 2022 at the impressive arena. With capacity for more than 60,000 spectators, it is expected thousands of fans from all over the world will flock to St Petersburg for this special event.

For a branding agency in Manchester that can transform your latest campaign, get in touch with us today.